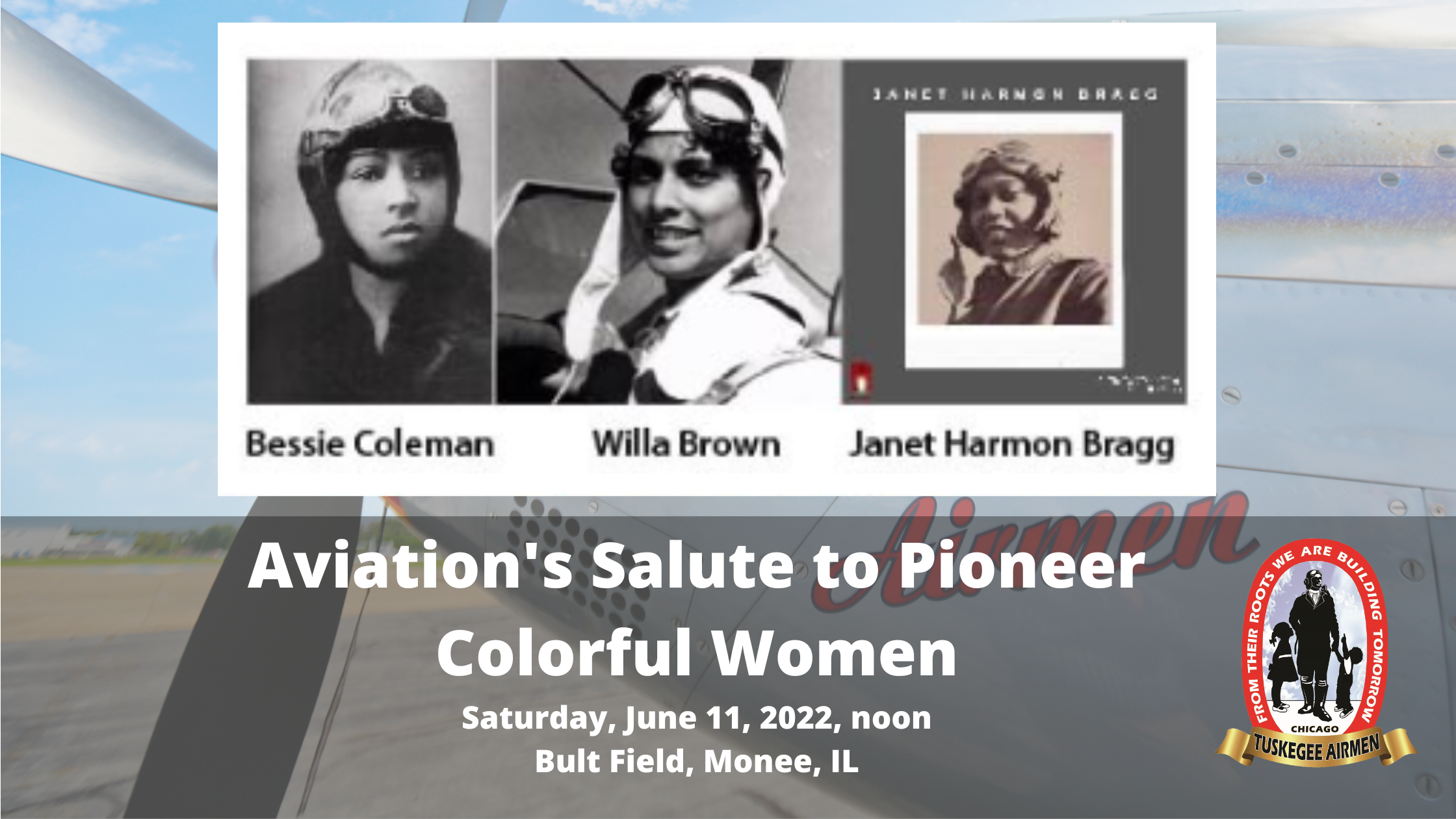 Bessie Coleman soared across the sky as the first African American, and the first Native American woman pilot in the world. (She traveled to France to get her license, as racism and gender discrimination prevented her from training and testing in the US.) Known for performing flying tricks, Colemans nicknames were; Brave Bessie, Queen Bess, and The Only Race Aviatrix in the World. Her goal was to encourage women and African Americans to reach their dreams. (womenshistory.org)

Willa Brown may not be a household name, but her accomplishments and legacy are nothing short of astounding. The first African American woman to hold a commercial pilot’s license in the United States and teacher of hundreds of future Tuskegee Airmen has a fascinating and inspiring life story. (nationalww2museum.org)

Janet Harmon Bragg is one of the first female black aviators and the first to hold a commercial pilot’s license. She faced adversity nearly all her life not only because she was black, but also because she was a woman. (Smithsonian)

Here’s what’s on the flight plan for Saturday, June 11, starting at noon:

Fun for the whole family!