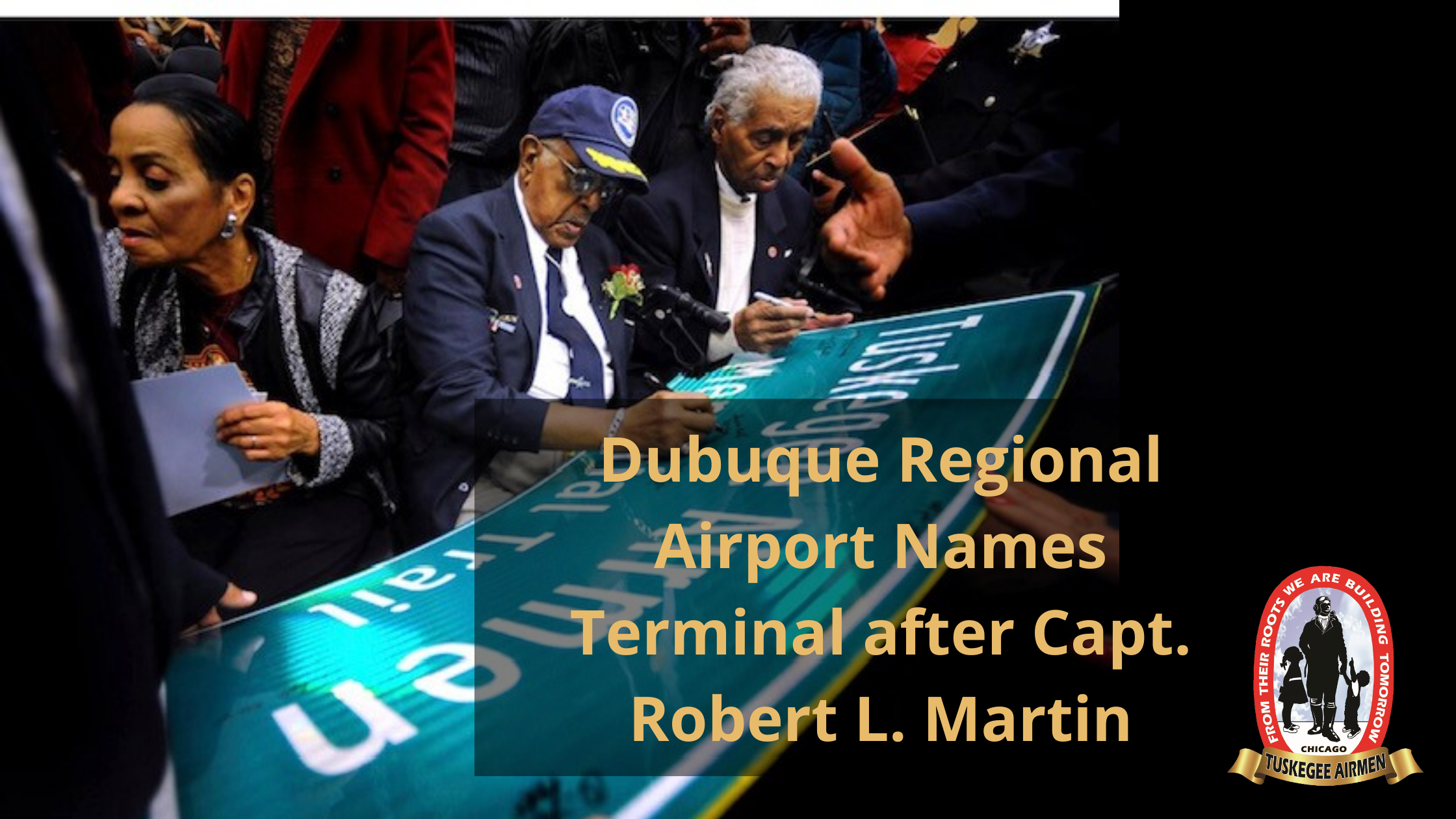 A program scheduled for July 19, 2022 will be honoring Bob Martin, a Lonely Eagles (deceased) member of the Chicago Chapter of Tuskegee Airmen. The Dubuque Regional Airport Commission and Staff, partnering with the Dubuque Area Chamber of Commerce, and the Captain Robert L. Martin Commemoration Committee, invite the public to attend a ribbon-cutting ceremony for naming of the Dubuque Regional Airport Terminal after Captain Robert L. Martin. Robert L. Martin was born in Dubuque on February 9, 1919 and graduated from Dubuque Senior High School.  He was an original member of the Tuskegee Airmen, the first group of Black combat aviators in the US Army Air Corps. At the age of 23, Bob Martin, known as “Fox”, graduated from flight training at the Tuskegee Army Airfield in Alabama. He joined the 100th Fighter Squadron, part of the all-Black 332nd Fighter Group. In 1945, while flying his 64th mission, Captain Martin’s plane was hit by enemy fire. He bailed out and landed behind enemy lines in Yugoslavia. After a month at an Allied mission manned by British soldiers, Captain Martin was airlifted to Italy and eventually returned home.Captain Martin received the Distinguished Flying Cross, the Air Medal with six Oak Leaf Clusters, and the Purple Heart. In 2007, he was among the recipients of the Congressional Gold Medal at a ceremony honoring the Tuskegee Airmen. He passed away in 2018.