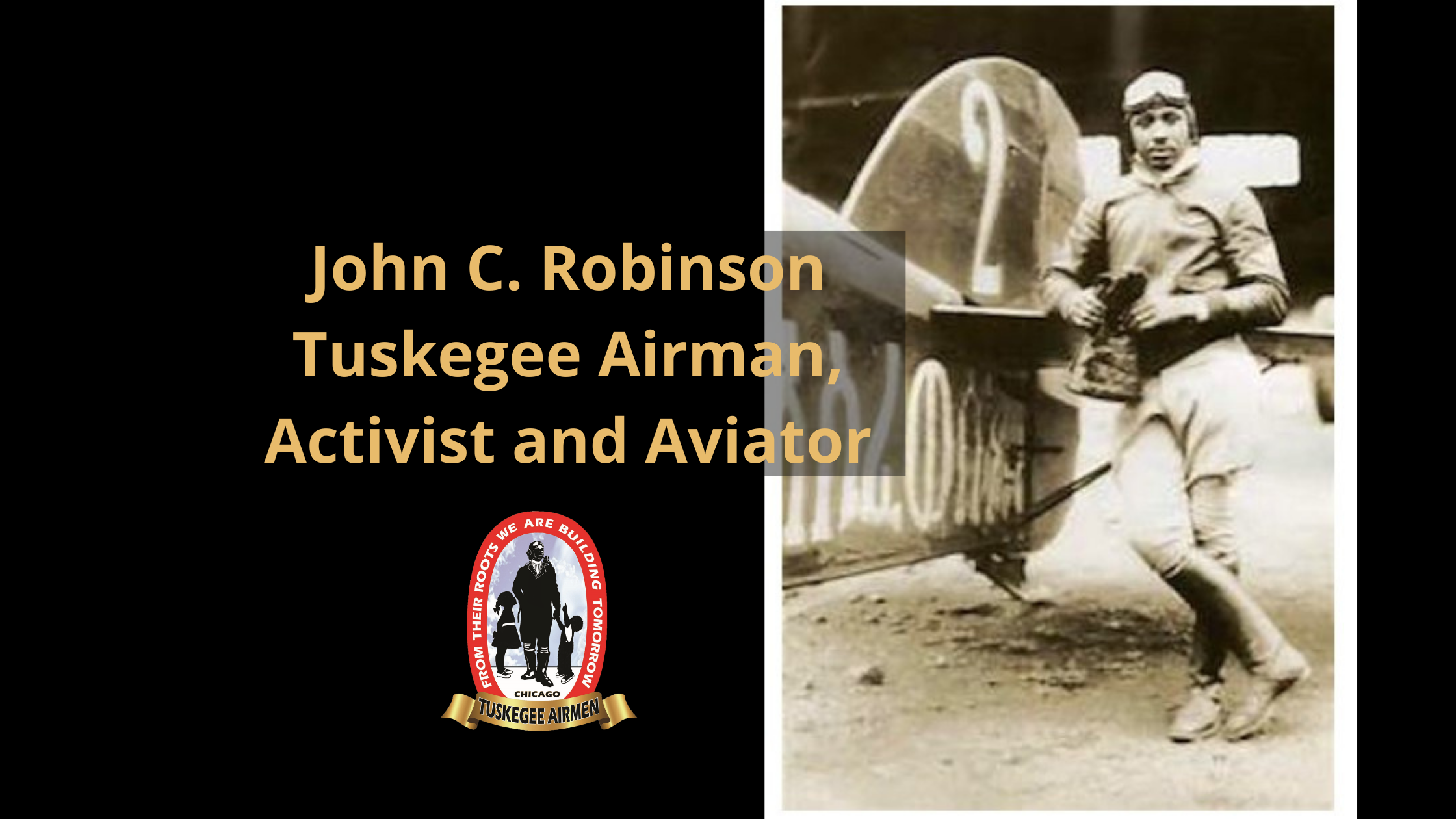 John Charles Robinson (November 26, 1903 – March 27, 1954, was an African American aviator and activist. He earned the name “Brown Condor” during his service to the Ethiopian Air Force against Fascist Italy in the years leading up to WWII (1935-1941). Robinson completed his education at Gulfport High School for the Colored in 1919, where he developed a strong interest in mechanics and machinery. However, he could not continue his education there, as blacks were barred from continuing their education beyond the tenth grade. He subsequently attended the Tuskegee Institute where he studied automotive mechanical science in addition to math, literature, composition, and history. In 1924 Robinson, friends Cornelius Coffey, Willa Brown, and a group of other African American pilots formed the Challenger Air Pilots Association (see photos) the name referred to the Curtiss Challenger engine. Sometime between 1934 and 1940, Robinson is also known to have advocated for the founding of a black flight-training program at Tuskegee, perhaps providing the initial idea for a flight program at that institution. However, that did not occur until late 1939 when it became reality as part of the federal government’s Civilian Pilot Training Program. By that time Robinson was pursuing other aviation interests (Ethiopia), so Charles Alfred Anderson Sr., another accomplished and well-known black aviator, became the chief civilian flight instructor at the Tuskegee school and, later, at the US Army flight schools at Tuskegee. Robinson, Coffey, & Anderson are among those early pilots, mechanics, & visionaries whose contributions to black aviation earned them a place in history and to some, recognition as the “Fathers of the Tuskegee Airmen” for inspiring those legendary pilots and support personnel who became America’s first air combat group following the United States’ entry into World War II. John Charles Robinson was inducted into the Illinois Aviation Hall of Fame on June 16, 2022. Captain Ken Rapier, President of the Tuskegee Airmen Chicago “DODO” Chapter accepted the award on his behalf.