The Young Eagles is a program developed by the Experimental Aircraft Association (EAA) to introduce children, ages 8 to 17 to the exciting world of powered flight. 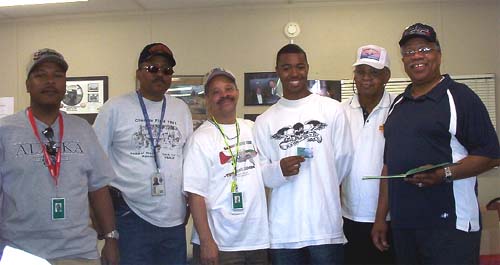 Ken is a 4000-hour Airline Transport Pilot and Turbo-Jet rated Flight Engineer, Certified Flight Instructor Airplane, Instrument, Multi engine, Glider. He is also Type rated in DC-9. Ken is an FAA Aviation Safety Counselor and has been the Chief Instructor for the Gary Flight Academy (a summer program to inspire youth using aviation) since its inception in 1993.

Ken is a second-generation member of the Chicago Chapter of the Tuskegee Airmen, and serves as Board Member and Chairman of the Youth in Aviation Committee. In 1993, Ken set a Federation Aeronautique Internationale World Speed Record for flight in a Mooney from Palm Springs, California to West Chicago, Illinois, which he was awarded at the Smithsonian in Washington D.C. He is the winner of the Tuskegee Airmen’s National General Noel Parish Award (Man of the Year Award).

Ken is the owner of the aircraft used exclusively for his volunteer work with the monthly EAA Young Eagles rally when it was held at Meigs Field on the second Saturday of every month. He annually participates in the Bessie Coleman Memorial Fly-over.

Ken is the product of the Chicago Public Schools and a graduate of Governors State University. He is also a member of Civil Air Patrol, EAA, AOPA, Friends of Meigs, and the Organization of Black Airline Pilots.

“SOARING ABOVE LIMITS” By Eileen O. Daday Daily Herald Correspondent Malber Jones, 16, of Chicago barely could contain his excitement. While walking on the tarmac outside Hangar 10 at Palwaukee Community Airport in Wheeling, after going up in a private plane, he felt like he was walking on air.

“It was my first time on an airplane,” Jones said excitedly. “We flew all the way to the lake. He let me take the wheel and fly the plane.”

Jones was one of 25 educably mentally handicapped students from Jacqueline Vaughn Occupational High School in Chicago, who spent the day at Palwaukee as part of a project called “Challenge Air.”

The innovative flying experience is the result of a partnership between members of the Federal Aviation Authority, Signature Flight at Palwaukee, and the EAA Young Eagles pilots who donated their time – and planes – to teens with special needs.

The concept was founded in 1993 by Navy Lt. Richard Owen Amber, a top gun fighter pilot who lost the use of his legs when his landing system failed while returning from his 109th combat mission over Vietnam.

He started the program to utilize the various occupational, recreational and educational opportunities through flight and inspire challenged young people to soar above their perceived limitations.

“I was sitting up front with the pilot,” added Karla Rosales, 16, of Chicago, who added that the only other time she had been on a plane was when she came to this country from El Salvador.

The students who made the trip were all mildly to moderately impaired. They attend the vocational high school to help prepare them for a job in the community.

In between flights students saw displays that included models of the most popular airplanes from the last 100 years, they tried their hand on a desktop flight simulator, and they even saw a real NASA space suit, worn by Capt. Jim Lovell and other Apollo 13 astronauts during practice missions.

Students went up with the pilots in pairs or individually for 20-minute spins. They wore headsets that allowed them to listen to the pilots as they received their instructions from the control tower.

“I never had this when I was a kid, I just used to hang around the airports and hope one of the pilots would take me for a ride,” said Mario Ponton of Chicago, who flies out of the Schaumburg Regional Airport. “It just gives me such joy to see the smiles when these kids get off the plane.”

“I’ve had a great time in aviation all my life,” added pilot Russell Shavitz of Arlington Heights, who started in model airplanes before flying the real things. “I just hope these kids get bit by the bug.”

In all, five pilots participated, bringing their Cessnas, Pipers and Beechcraft Bonanzas with them. Those students that flew with pilot Ken Rapier of Chicago learned about more than aviation, they learned about the Tuskegee Airmen.

“We want to pass on the legacy to the younger generation,” Rapier said. “Not just about aviation, but inspire them to do great things.” 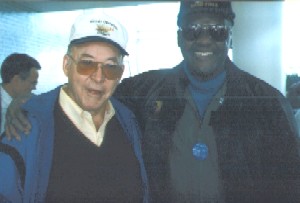 Under Johnson’s leadership, sales of S.C. Johnson and its affiliates* rose from $171 million to over $8 billion, one of the largest family-owned group of companies in history. Johnson was a long-time pilot and friend of aviation. His company was a pioneer in using business aviation, but his love of flight was much broader.

In 1992, Johnson donated $1 million to the Experimental Aircraft Association to endow the Young Eagles program, the goal of which was to introduce over one million youngsters to flight by December of last year, the 100th anniversary of the Wright Brothers’ first flight. In October of last year that goal was reached. Over 6,000 of those children received their first ride at Meigs Field under the auspices of the Friends of Meigs Field and the Chicago “DODO” Chapter of Tuskegee Airmen. 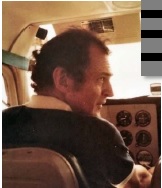 Bill Whitney was longtime supporter of the EAA’s Young Eagles program who also donated much of his time as a volunteer pilot to this unique opportunity for students. Bill gave 471 youngsters their first free flights as Young Eagles, most of which occurred at the former Meigs Field where the program was based prior to its move to the Gary/Chicago Airport. The Young Eagles program is co-sponsored by the Chicago Chapter of Tuskegee Airmen, who awarded Bill the prestigious “President’s Award” in 2001 as well as a Lifetime Achievement Award in 2002. “His love of aviation was infectious,” said Ken Rapier, current president of the chapter, “He taught and gave the kids so much.”