The Tuskegee Airmen Began In Illinois 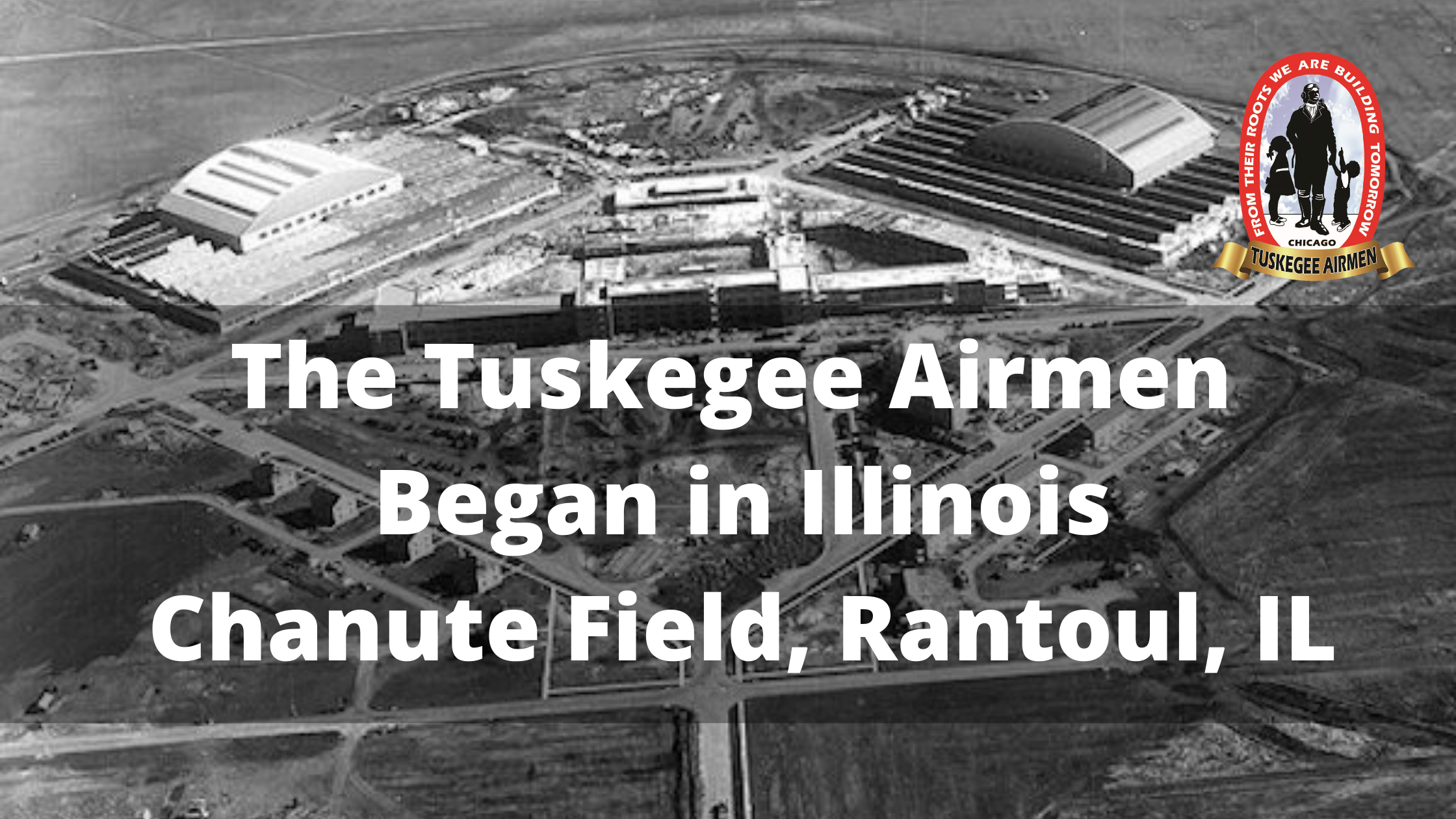 On March 22, 1941, nine months before the United States officially entered World War II, the 99th Pursuit Squadron — the first unit of the Tuskegee Airmen — was activated, not in Tuskegee, Ala., but at an Army Air Corps training facility in Illinois known as Chanute Field (Rantoul). Flight Operations personnel had to fight prejudice from leaders who thought African-Americans weren’t smart enough to handle the mechanical tasks needed to keep the planes operational — much less to fly them. Six aviation cadets as well as a large number of technical support personnel were trained at the Rantoul base. They ranged from aircraft mechanics to machinists, welders, radio operators and armorers. By far the largest group was the aircraft mechanic trainees, there were 162 of them.

A First Start at Chanute Field in Rantoul, IL

The Army did have African-American soldiers in service work such as cooking, but not the Army Air Corps. A group of black soldiers were specifically transferred to Chanute to support the 99th Pursuit Squadron. And white men were not allowed to work in service professions alongside black personnel. Training was initially segregated, which meant that separate classes had to be taught to both groups based on race. That was later changed because of expense and practicality.

This resulted in Chanute Field being one of the first military installations to become partially integrated.

When 99th PS personnel arrived at Chanute, the base was undergoing a transformation as U.S. involvement in World War II loomed. During that time, Chanute was carrying out a lot of rebuilding; new barracks were being constructed and hangars were being completed. The 99th was assigned to an old World War I barracks in the area that would later be derisively referred to as the Caddyshack officers club.

Pilots Transferred from Chanute to Tuskegee

Pilots were transferred from Chanute to Tuskegee in June 1941 and after completion of their various training specialties in November, the rest of the 99th was also transferred to Tuskegee. The first pilot class graduated in March 1942 and included Capt. Benjamin O. Davis Jr., 2nd Lt. George S. Roberts, 2nd Lt. Mac Ross, 2nd Lt. Lemuel R. Custis, and 2nd Lt. Charles H. DeBow Jr. Roberts remained in the Army Air Corps after the war and returned to Chanute to become one of the first black commanders of a training wing at the base.

99th Fighter Squadron, and Birth of the “Red Tails”

In May 1942, the 99th PS was renamed the 99th Fighter Squadron. The 332nd Fighter Group, composed of three fighter squadrons (the 100th, 301st and 302nd), was deployed to Italy early in 1944 and joined by the 99th FS in June of that year. After initially flying P-40 Warhawk fighters, the 332nd was eventually provided with P-51 Mustangs as the fighter group’s primary role became heavy bomber escort. When the 332nd mechanics painted the tails of their P-47s and later, P-51s, red, the nickname “Red Tails” was born.

The Illinois Legacy of the Tuskegee Airmen

Depending on whom you believe, Chanute — which would not become an Air Force base until that branch of the service was formed in September 1947 — was selected to train the 99th personnel, either because it was considered one of the best technical training facilities in the Army Air Corps, or because no other base wanted them. Whatever the reason, the 99th’s training is part of the rich history of Chanute Air Force Base, the State of Illinois and the legacy of the Tuskegee Airmen.