In 1984, television news anchor Tom Brokaw went to France to make a documentary commemorating the 40th anniversary of the Invasion of Normandy (D-Day) during WWII. Enraptured, fifteen years later and following hundreds of personal letters and interviews, Brokaw wrote The Greatest Generation, a representative cross-section of the stories he came across. This collection however, is more than a mere chronicle of a tumultuous time, it’s history made personal by a cast of everyday people transformed by extraordinary circumstances: the first women to break the homemaker mold, minorities suffering countless indignities to boldly fight for their country, infantrymen who went on to become some of the most distinguished leaders in the world, small-town kids who became corporate magnates. It was from this era as representives this “Greatest Generation” that the Tuskegee Airmen have established themselves firmly in the history of American Military Aviation as pioneers and heroes. History records that the Military Air Command considered the training and utilization of “Negro” personnel for military aviation in World War II as a sociological ” military training experiment”. The Air Force did not want to accept Blacks into the Army Air Corps at that time because they, along with a large segment of the White population, believed that Blacks were inherently inferior and lacked the mental aptitude to fly fighter aircraft as well as the courage to fight in combat. It was only through political pressure brought on by the relentless effort of the Black community, with the support of a few sympathetic Whites, that the program to train Black aviators was established at Tuskegee Alabama, in 1941. Despite the burden of discrimination in training and combat, the Tuskegee Airmen achieved an outstanding combat record. They destroyed or damaged over 400 German aircraft and over a thousand ground and sea targets. The most renowned accomplishments were the sinking of a destroyer with only machine gun fire and that the Tuskegee Airmen also had an outstanding bomber escort record. Please see the the bulletin on this subject which may be accessed from our Home Page 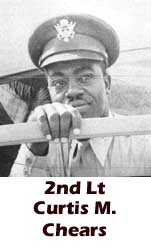 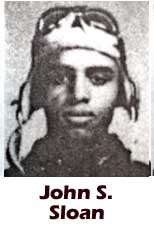