Black Activism During the War Years 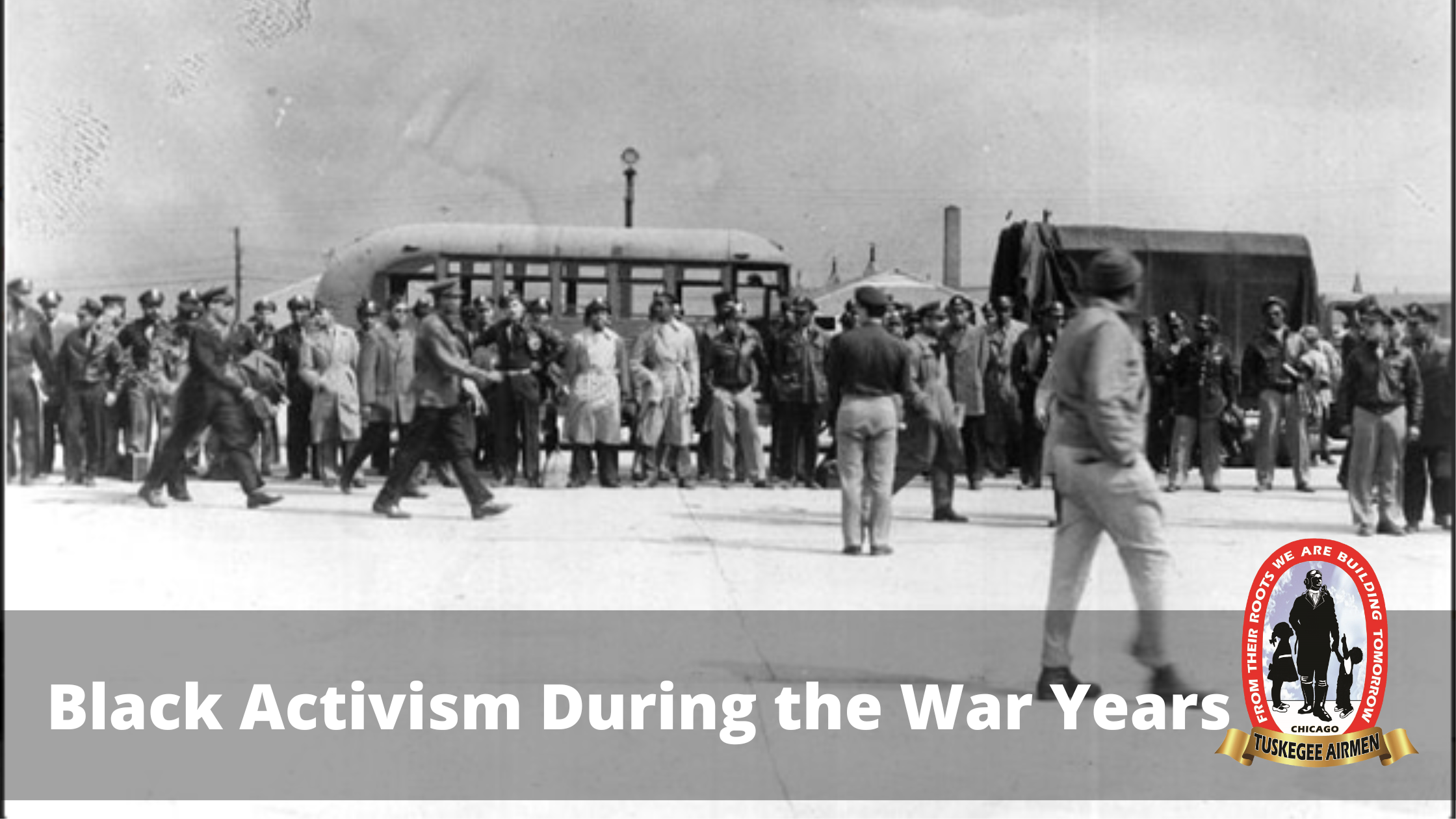 In 1903 W.E.B. Du Bois wrote in “The Souls of Black Folk” that “the problem of the 20th century will be the problem of the color line,” a phrase used earlier by Frederick Douglass to refer to Southern racism against Black people.
Du Bois rejected Booker T. Washington’s conciliatory approach and argued that African Americans should fight for their freedom and political equality. It was undoubtedly this approach that laid the foundation for the American civil rights movement.

Photo Credit: Registration at Freeman Field in 1944, courtesy of the Indiana State Archives.

In the spring of 1941, Black labor leader A. Philip Randolph threatened a mass march on Washington unless blacks were hired equally for jobs, stating: “It is time to wake up Washington as it has never been shocked before.”
Other examples of this type of black activism continued during the war years, even in the small town of Seymour Indiana. The “Freeman Field Mutiny,” as it became known, was a non-violent act of protest that stemmed from an event on April 5, 1945, when black officers (pilots) stationed at Freeman (Army Air) Field, took a stand by attempting to enter the whites-only officers club on the base. Eventually, those pilots who tried to gain entrance were arrested, but most were released upon recommendation of an Air Force judicial inspector (segregated officer’s clubs were in violation of Army Air Field regulations). However, the base commander, Robert Selway, Jr. then wrote new guidelines applicable to all base personnel regarding regulations on the use of buildings such as officer’s clubs. Using those new guidelines, he tried to force all of the black officers to sign a document affirming these unjust and discriminatory regulations, threatening them with arrest for disobeying a direct order by a superior officer during wartime, a very serious offense. (National Air & Space Museum, 2020)

Out of all the black pilots, however, only a handful signed. One hundred and one officers were arrested for their refusal to acknowledge the document. In his 1944 article “Citizens of Negro Blood” for Collier’s Magazine, Indiana Hoosier businessman and Republican presidential nominee Wendell Willkie stated that World War II “has made us conscious of the contradictions between our treatment of our Negro minority and the ideals for which we are fighting.
The Freeman Field Mutiny was another significant but perhaps little known event in the timeline of the Civil Rights era.
A final note of personal connection to our Chapter: Jeh Charles Johnson was United States Secretary of Homeland Security from 2013 to 2017. From 2009 to 2012, Johnson was the general counsel of the Department of Defense during the first years of the Obama administration. Jeh’s uncle, Robert B. Johnson, served with the Tuskegee Airman during World War II and in 1945, Jeh’s uncle was part of the Freeman Field Mutiny. (Jeh’s also Vince’s 2nd cousin twice removed.)