By vinceAdmin February 9, 2022 No Comments 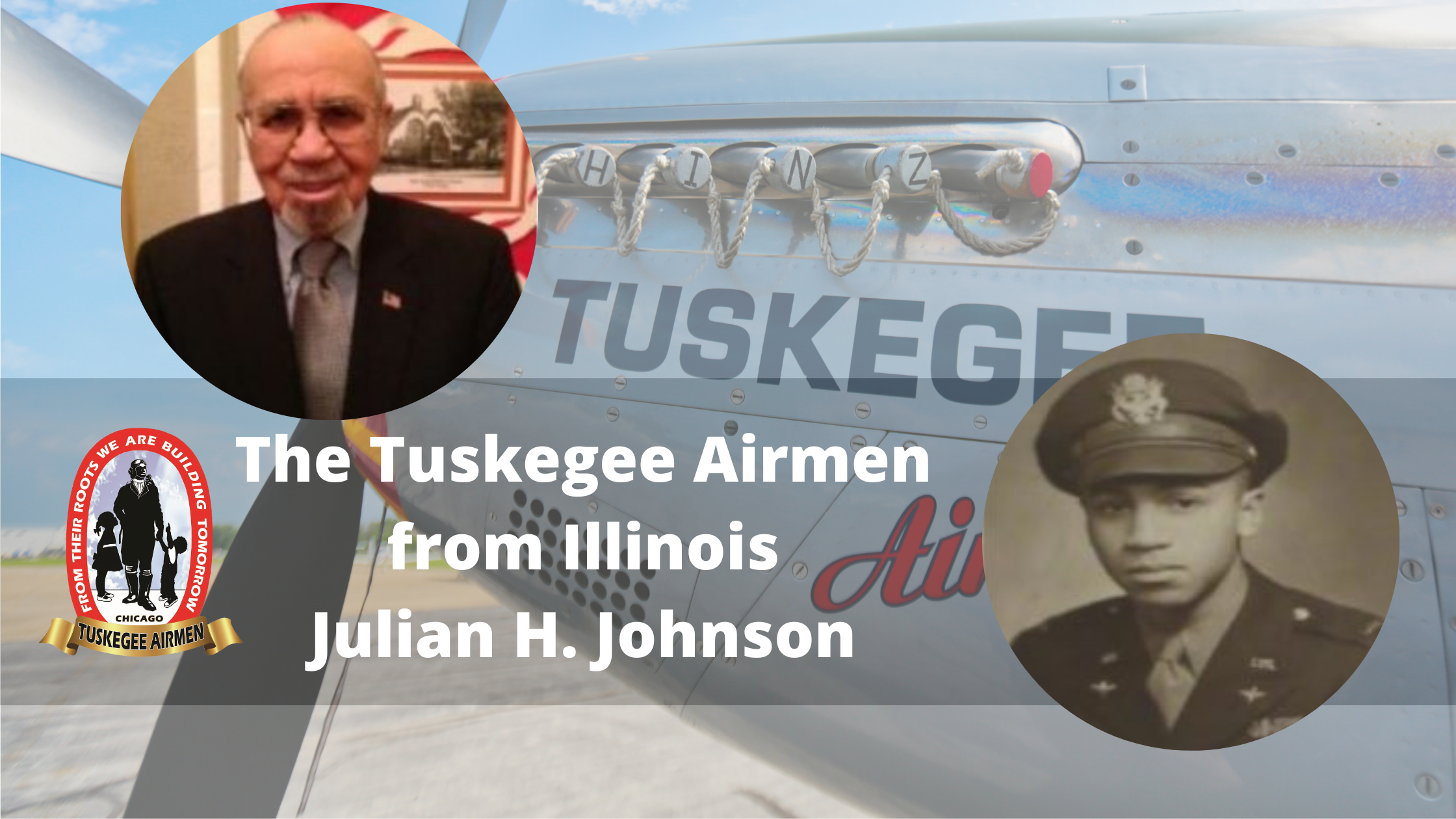 Julian H. Johnson was born to parents Julian S. and Evangeline E. Johnson on December 8, 1924 in Chicago, Illinois. He is a graduate of A.O. Sexton Elementary School; Tilden Technical High School; and the Illinois Institute of Technology (IIT), all located in Chicago. At IIT, Julian majored in chemical engineering. In 1950, he earned his Bachelor of Science degree in Engineering.
Julian is a life-long member of St. Edmunds, having joined the church when he was 11 or 12 years old. He was confirmed there in 1937 and served as an acolyte and was a member of the church’s Boy Scout Troop as a youth. Julian continues to serve St. Edmund’s as a faithful parishioner and steadfast member of the Men’s Club.

Julian graduated from high school in 1942 and began working at National Starch Products as a Lab Assistant while attending IIT at night, with a focus squarely on his studies and preparing for his career. But as the war waged on in Europe and the Pacific, military service and Uncle Sam’s plans soon took precedence over his own. In the spring of 1943 he received a nice, personalized notice from the local draft board for an all-expenses paid opportunity to travel and see the world.

In April 1943, with his invitation in hand, Julian entered the services and was assigned to the U.S. Army’s Coastal Artillery Corps. In May he shipped out to Camp Stewart’s anti-aircraft artillery training center located about 40 miles southwest of Savannah, Georgia. By the time Julian completed artillery training he had earned a pair of stripes and the rank of corporal, but aspired to become an officer (Public Law 99 was enacted 6/3/41 which allowed enlisted men to apply for flight training). However, Julian knew that very few Negro applicants were being accepted to Officer Candidate School (OCS) programs. But for every closed door, another is opened and fortunately, one of the junior officers in his chain of command suggested that Julian apply for Air Corps Cadet School, he did and was accepted. In January 1944, Corporal Johnson was transferred from Camp Stewart to Keesler Army Air Field in Biloxi, Mississippi for physical and psychological testing and evaluation and his preliminary introduction to the field of military aviation. testing to determine whether he would become a pilot, navigator or bombardier. At Tuskegee he was informed that his stanine score (a method of scaling test scores based on a nine point standard scale first used by the U.S. Army Air Corps during WWII), qualified him for acceptance into the Bombardier training program. The pilot selectees were to be sent to Moten Field, the navigator selectees to Hondo Field, and the bombardier selectees to Midland. At this point, the pilot selectees from his class were sent to Moten Field for primary pilot training and the navigator selectees were combined with other navigator selectees from class 44-J and this combined class was transferred to Hondo Field to complete their technical training assignment. However, the combined class was deemed to be too large (or perhaps now just had too many black personnel assigned) to be integrated into the training program. Julian, along with others from his class, received orders to report back to TAAF and await further instructions. August 1944) was filled with a short term Flexible Gunnery School training assignment at Tyndall Army Air Field in Florida. After completing the Tyndall assignment and 13 flying hours in the B-24, Julian was awarded Aerial Gunner Wings and returned to TAAF. Shortly thereafter, Navigator/Bombardier class 44-K was transferred to Midland Army Air Field, Texas and there became part of Bombardier class 45-4B. While at Midland Bombardier School, Julian trained in the AT-11 aircraft accumulating an additional 124 flying hours and earning the aeronautical rating of Aircraft Observer (Bombardier), effective 27 January 1945. Following his military service and four years at IIT, Julian was employed briefly by Corn Products in a pilot plant operations process in Argo, Illinois. Soon after, he moved to Joliet, Illinois to join the Ordnance Ammunition Command (OAC), as an Inspection Specialist. In this capacity Julian was responsible for operating procedures, inspection and testing in solid propellants and explosives. He held this position at OAC for 4 ½ years before moving out west in July 1956 to join the Rocketdyne division of North American Aviation, in Canoga Park, California.

At Rocketdyne, Julian was part of a team that had responsibility for equipment related to the functioning of large rocket engine test stands. Later he worked with the Atlas Fuels Program as a Senior Research Engineer where he was engaged in the electrochemical research arena that had responsibility for high vacuum line synthesis of fuels and the determination of physical properties of hydrazine and other amines (organic compounds that contain nitrogen). Following this research Julian worked on the formation of Chlorine Pentafluoride (a compound first synthesized in 1963) electrochemically from chlorine and chlorine trifluoride. Julian worked for Rocketdyne for 11 years before returning to Chicago after opportunities in the aerospace industry began to decline. Julian joined the research lab at Armour Dial¸Inc., which produced soap made from tallow, a by-product of their meat production processes. When Dial moved their research lab to Phoenix Arizona in 1971, Julian found employment with Wetco Chemical Company in their metal treating chemical division where he worked for 5 years. Prior to retirement, Julian also worked for Soft Sheen Products (research engineer) and R.R. Donnelley Company (Corporate Engineering Dept.).