The Origin of the “Moniker” in our Chapter Name 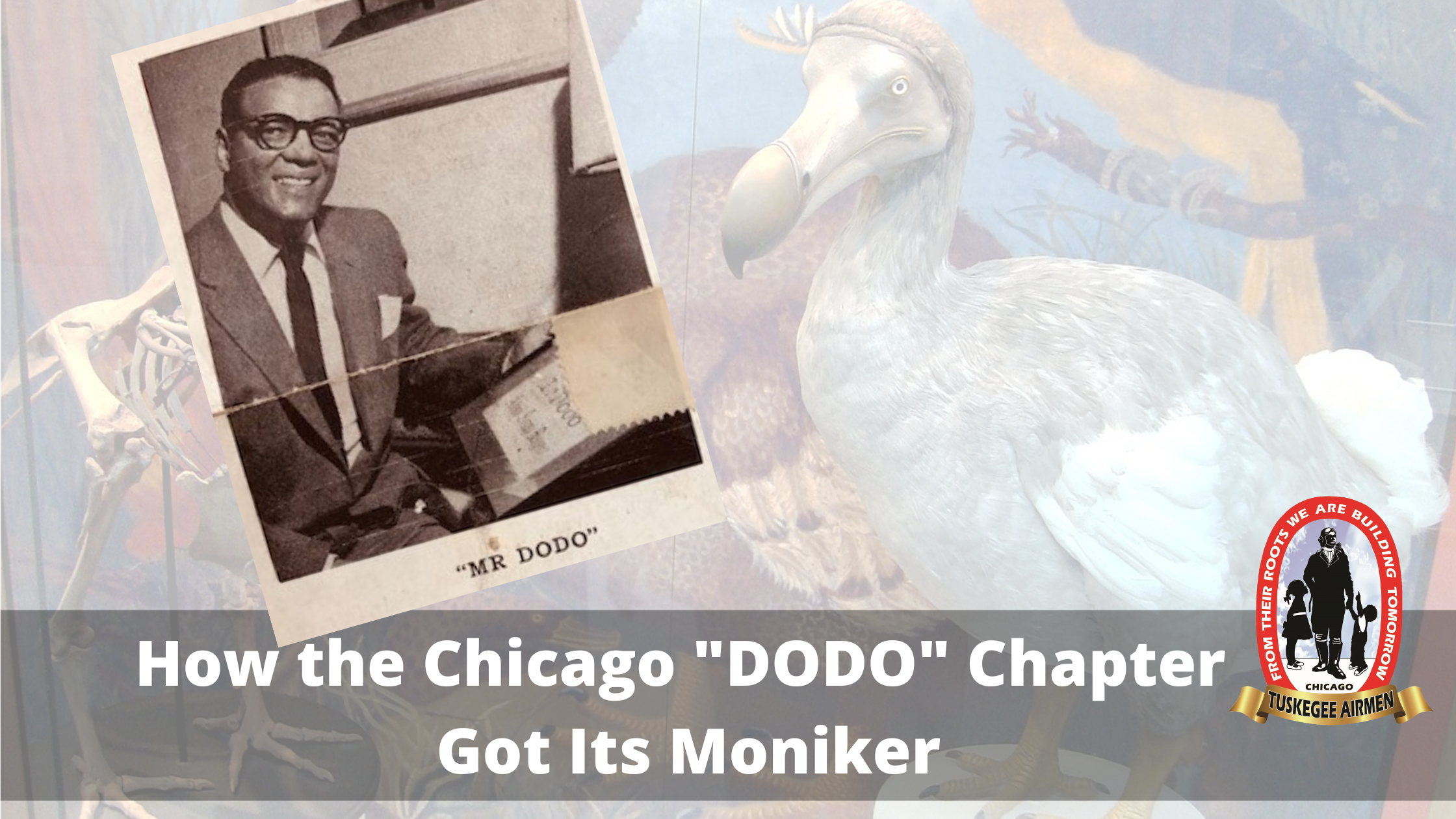 So how did we get to be called the Chicago “DODO” Chapter of the Tuskegee Airmen?

The word “DODO” was originally an ironic sobriquet the airmen used in the 1950s to describe the contrast between the post-war employment opportunities they expected and the reality they subsequently experienced. These WWII veterans and aviators, who possessed superior flying experience, were unable to find jobs in the burgeoning aviation industry of the 1950s and so, like the now-extinct bird from whom the name was borrowed, they had become “flightless”.

In 1955, Original Tuskegee Airman and one of the founders of the Chicago Chapter, Mr. Ahmad A. (Sammy) Rayner, Jr., was honored by his fellow Airmen from all over the country, by naming him “Mr. DODO”. This was in recognition of his decade-long efforts to preserve the legacy of the Tuskegee Airmen by creating a national organization with this collective purpose.

The Chicago “DODO” Story from Our Chapter Newsletter, 1956 The Dodo Club of Chicago is both happy and proud that one of its founders has been honored as “Mr. Dodo” by the visiting delegates to the First National Reunion.

From its inception in 1945 at Godman Field, Kentucky to the realization of a National Organization, the Dodo Club has been the “Baby” of one “Sammy” Rayner. He nursed its infancy and guided its growing pains and with fatherly devotion supported and disciplined its adolescence. In short, “Sammy’s fire of enthusiasm and dedication to the perpetuation of the co-fraternity we so jealously acquired during the epoch of “Spookwaffe” has prepared the Chicago Dodos to take their place among the adult National Dodo Club.

In that such dedication of purpose was obvious to Dodos in the distant parts of the country, as manifested by their honor to “Sammy,” is indicative of the far-reaching effect of his sincerity of matters Dodo.

We add our salute and offer “Mr. Dodo, USA”, Mr. Ahmed A. Rayner Jr. the realization of a ten-year dream: National Dodo Clubs, a challenge to all Dodos.

May the next National Reunion present competition for a like honor.