Zellie is a historian/researcher who has a critical eye for detail and an overwhelming tenacity to recover artifacts and resurrect forgotten FIRSTS. She has made worldwide contributions which impact millions annually via newspapers and magazines as well as televised media, including the History Channel, museums, libraries, state historical markers, street signs.

Zellie is also a published Author, “Heroes In War – Heroes At Home: A Tribute To The “First” Air Force Top Guns.” Stay tuned for reprints of this book becoming available for purchase on our website.

The Top Gun contest took place in 1949 in Las Vegas, Nevada. A special thanks to Ms. Zellie Orr for her research, hard work, and determination to make sure our hero’s were recognized and received the long overdue honor to which they were entitled. Shown in this presentation photo are from left to right: Chief Johnson, Ms. Zellie Orr, and Lt. Col. Harvey. 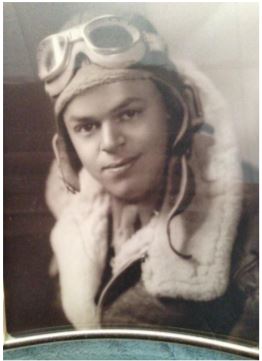 Joseph E. Chineworth was a 1st Lieutenant in the US Army Air Corps and served during WWII as a member of the 100FS, 332FG. A Chicago area native, Joseph Chineworth graduated from St. Joseph’s High School in Rock Island and later attended St. Ambrose College and Northwestern University where he earned a degree in Podiatric medicine. He was also a pilot graduate of the Tuskegee Flight School, class 44-E. He was deployed with his unit, the 100th Fighter Squadron of the 332nd Fighter Group to Euroupe where he served as a combat fighter pilot and a member of the legendary group that after the war would come to be known as the “Tuskegee Airmen”. 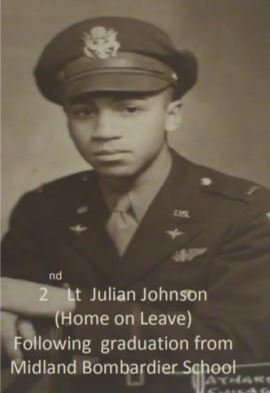 Julian graduated from Tilden Technical high school in 1942 and began working at National Starch Products as a Lab Assistant while attending the Illinois Institute of Technology at night, with a focus squarely on his studies and preparing for his career. But as the war waged on in Europe and the Pacific, military service and Uncle Sam’s plans soon took precedence over his own. In the spring of 1943 he received a nice, personalized notice from the local draft board for an all-expenses paid opportunity to travel and see the world.

In April 1943, with his invitation in hand, Julian entered the services and was assigned to the U.S. Army’s Coastal Artillery Corps. In May he shipped out to Camp Stewart’s anti-aircraft artillery training center located about 40 miles southwest of Savannah, Georgia.